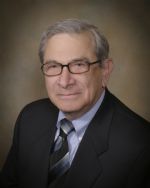 Dr. Rodman received his premedical degree at the Johns Hopkins University, where he graduated with department (biochemistry) honors, and was elected to Phi Lambda Upsilon national honorary chemical society.  He obtained his medical degree at the University of Maryland School of Medicine.  Following a medical internship at Baltimore City Hospital, he served two years as a Captain in the Army Medical Corps, stationed at the Pentagon.

Dr. Rodman then spent a year at the Armed Forces Institute of Pathology at Walter Reed Army Medical Center as a fellow in eye pathology.  This was followed by residency training in ophthalmology at the Washington Hospital Center.  While a resident, Dr. Rodman won first prize in the Dr. Harry Kerr competition for the best research paper by a member of the house staff.  He has published papers on glaucoma, cataract and vitreal and orbital diseases.  He has taught courses at the American Academy of Ophthalmology and to ophthalmology departments, both locally and in other states.

He has also been honored by The Association of Ophthalmic Alumni of the Armed Forces Institute of Pathology where he had been Secretary-Treasurer for many years. 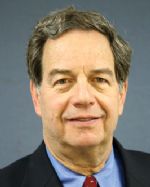 Dr. Engelstein is a graduate of The Bronx High School of Science.  He received his B.A. degree from Columbia University and an M.D. degree with honors from New York University Medical School.  He was then an intern and resident in internal medicine at Johns Hopkins.  Following this residency, he did immunology research on corneal transplantation at the National Institutes of Health, and a residency in Ophthalmology at the University of Florida.  He was a fellow in Corneal and External Eye Diseases at the University of London and Moorfields Eye Hospital in England.

Dr. Engelstein has written and lectured widely on corneal transplantation and cataract and intraocular lens implant surgery.  He has edited a book on cataract surgery which has been popular with ophthalmologists in the United States and Japan, and has been translated into Spanish.  He is one of the most experienced surgeons in the nation in new methods of corneal transplantation.  He has lectured in the United States and in South Africa on modern methods of customized corneal transplantation.  He is particularly expert in caring for patients with corneal diseases, cataracts, glaucoma, external eye diseases, uveitis, infections, and ophthalmic plastic surgical problems.